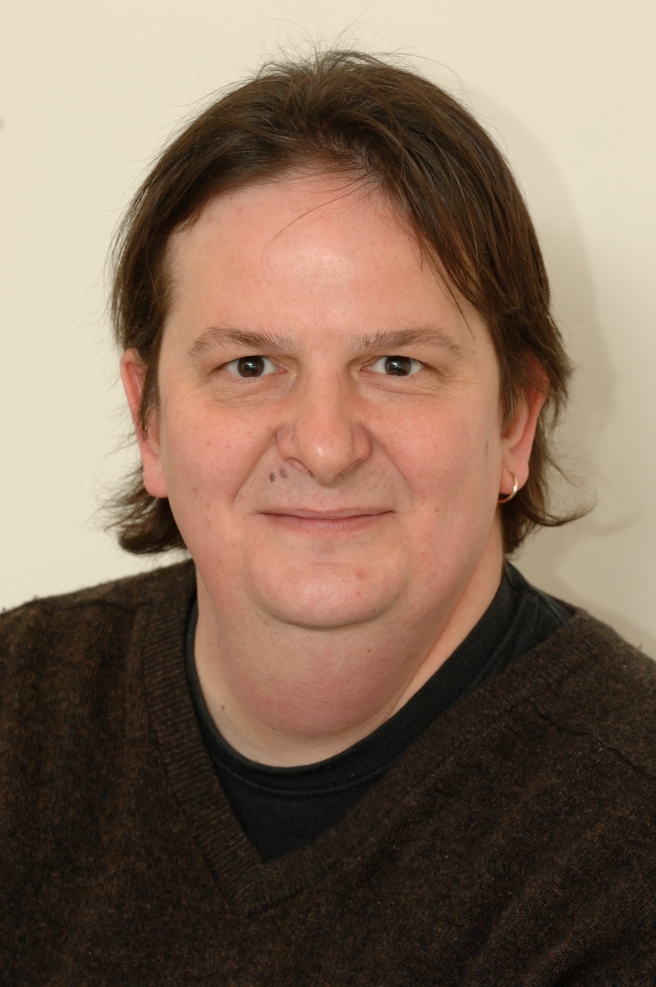 When I first met poet Andrew Forster, he was working as Literature Development Officer for a local council, which is the same job I’d just finished doing myself. A few years later he was on the Board of the National Association of Literature Development, which I was working for and we took lots of long train journeys together to Board Meetings down in England. These days he’s a full-time writer – in fact, neither of us has a ‘proper job’ any more… Andrew published two collections of poetry with Flambard Press: ‘Fear of Thunder’ (2007) and ‘Territory’ (2010), and, more recently, ‘Homecoming’ (2014), with Smith Doorstop. ‘Fear of Thunder’ was shortlisted for the 2008 Forward Prize for Best First Collection and two poems from it, ‘Horse Whisperer’ and ‘Brothers’, appeared in the AQA GCSE syllabus. ‘Homecoming’ was shortlisted for the Lakeland Book of the Year in 2015 and was a ‘Read Regional’ title for 2016. He has read his work at events and festivals throughout the UK and Europe, and as part of the annual ‘Poetry Live’ series, alongside Carol Ann Duffy, Simon Armitage and John Agard

From 2003 to 2008 he was Literature Development Officer for Dumfries & Galloway Arts Association, and from 2008 until 2015 he was Literature Officer with the Wordsworth Trust. He is co-editor of the online poetry magazine ‘The Compass’ and runs a number of projects freelance, including the Michael Marks Awards for Poetry Pamphlets. He is working on a Creative Writing PhD, on Poetry and Environmentalism, at Manchester Metropolitan University. You can find out more about Andrew at his blog www.andrewforsterpoems.blogspot.co.uk, and the Compass poetry magazine is www.thecompassmagazine.co.uk

This is the tenth interview in the series here on the blog, asking writers the questions that come up most often with the beginner writers I work with:

When you first started writing creatively, what advice would have helped you?

There is a lot more support available to writers now than there was when I started, in terms of mentoring schemes etc and the development of regional agencies to support writers, but even back then it was difficult to navigate the ‘scene’. Some kind of map of the various events, groups and services would have been useful, and I suspect this would be even more useful now. There’s a book by Paul Hyland called ‘Getting into Poetry’ which had the broad strokes of this nationally for poets, and was very useful to me, but it is long out of date now.

Have you ever suffered from writer’s block? If so, what helped?

I don’t know if poets suffer writer’s block in the same way as fiction or drama writers. I keep a journal fairly regularly and this acts as a sort of ‘compost bin’ where most of my impulses towards poems begin, so I usually have a store of stuff for when I have the space to sit and write. I do have silent periods, quite often after books have been completed, or just when I am very busy with other projects, but I now have enough experience of writing after them that I trust them more now

Do you write every day?

That is my aim and I certainly try and keep my journal most days, but no, some days I don’t.  It remains an overall aspiration though and I am happy to write when I can.

Do you have any rituals around your writing practice? Do you prefer to write in a particular place or at a particular time of day?

Routines have been dictated by circumstance really. When I was working full-time I tended to write my journal in the evenings and write poems  on Sunday mornings. Currently I’m doing a creative /critical PhD so I have much more space and I am trying to write in the afternoons after doing critical stuff in the mornings. Much of my last book was actually written on retreat at Hawthornden Castle where I wrote new poems in the mornings and early afternoons and then spent the later afternoons editing stuff and shaping the overall manuscript.

How does your journal inform your writing?

Are you a planner? Do you outline a book in advance, or do you just start writing and see what happens?

I do like collections of poems to read as books rather than just a loose collection of poems, My first collection, like most first collections of poetry, was selected from poems written over a long period, but I tried to shape it into an order that made some sense as a book, with themed sections. My other collections  took shape as ‘books’ quite early on, though I don’t mean that in the sense you might plan a novel. More that the themes became clear so when poems came I would push them in certain directions, and leave things out that didn’t fit the overall arc of the books. When a new book is complete I just write poems for a while and see what happens until some kind of theme begins to emerge. I may even make a list of possible ideas towards poems but don’t stick to it rigidly.